Few in the civilized world would ever see the beheading of a human being as anything less than abject evil.  A state that executes scores of people every day, many on charges of apostasy or sorcery, routinely imprisons and tortures people with different ethnicities or religious beliefs, and has been implicated in supporting various terrorist factions throughout the Middle-east is deserving of the most scathing reproach. The state that I am referring to in this instance is not IS (Islamic State).  It is one of the United States biggest allies;  the Kingdom of Saudi Arabia.

There is a veritable mountain of evidence documenting the ongoing, systemic brutality of the House of Saud and the medieval theocracy it imposes.  The Kingdom stones women to death for witchcraft or for being unaccompanied.  It amputates the limbs of men accused of stealing.  It crucifies anyone displaying a religious symbol that is not Wahhabist (ultra-fundamentalist Islam).  Immigrant workers, too, are not spared from the savagery.  Treated as slaves with no rights, they are routinely raped, beaten and murdered with impunity.

It would be accurate to designate the IS as fiendishly barbaric.  Yet when it comes to denunciation of the tyrannical House of Saud for routinely carrying out the same atrocities, and doing so for far longer, the United States is curiously quiet.  There may be paltry criticisms here and there, but nothing tantamount to the priggish blustering we see recently emanating from Washington regarding IS.  This is for an important reason.

Within the halls of empire such hypocritical rants are essential to advancing its interests, which are unequivocally tied to its wealth and power.  The American empire is an expert at the art of spinning atrocities to align with its foreign policy objectives which line the pockets of the weapons and fossil fuel industry.  And with a corporate media in tow, the job is anything but difficult.

Once again we are witness to the ratcheting up of war rhetoric and the endless war machine working itself into a self-righteous frenzy.  Once again the corporate media dutifully serves its masters in regurgitating state narratives as absolute truth. Once again we are doused with collective amnesia as they court the doom of war.  And once again we are chided for daring to remember the last time they lied to us, and the tremendous cost it exacted. 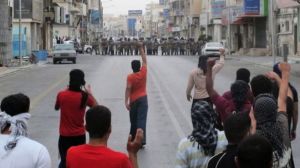 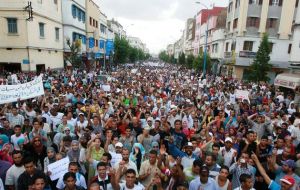