When I first moved to San Diego twenty years ago I fell in love.  Blue skies, blue Pacific, lush, rolling hills of scrub oak and chaparral and warm sun most of the year. Back then the freeways did not seem to be full all day and night as they do now. People weren’t as aggressive towards each other either. I could walk along the beach alone and feel like I was the only one for miles; and the tide pools were brimming with life. The containment of urban sprawl was a cherished community value. The cost of living may have been high compared to many other places, but one could enjoy a very satisfying life even with a meager income.

Now living here has become very costly, and enjoyment a rare luxury. The people seem perpetually hurried and harried. And so many of the hilltops have been scraped away for housing developments, shopping malls and industrial parks. Wildlife has been cordoned off into “preserves” and roadways lace the canyons and mesas. Make no mistake, I love California and will always consider it my home in many ways. But the state I knew only exists in memory. And now we are facing a megadrought in a place where the population is ballooning with seemingly few taking notice.

So my partner and I decided a couple years ago that it was time to move on. We are collecting what we need and embracing our loved ones before we embark on a journey northward to the place of my ancestry and that I consider a home from my childhood, in what is shaping up to be the last epoch of human civilization as we know it.  I would like to carve out a small sanctuary in one of the few pristine places left on the planet. Is this hyperbolic? Am I only two cans of corn away from being an “end times prepper?”   I’m sure to many Americans I am being extreme. When I tell people that I am migrating from California because of abrupt climate change, and the ecological and societal collapse that will accompany it, I am often met with blank stares or eye rolls. I think this is because the reality of our dire circumstances has not yet hit home to most Americans who live in privileged, coastal cities. But to those of us who are paying attention the approaching maelstrom is undeniable. 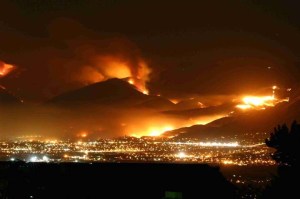 Our planet has been warming, but this trend has taken leaps and bounds in the past few years with each one hotter than the last. Records are being shattered each month. For most of the world’s population calamity is not some distant risk factor. Water scarcity and famine now tower over hundreds of millions of people from Sudan to India to Malaysia and beyond like ravenous angels of death. Species extinction is accelerating across the globe as well. It is like watching a dystopic science fiction flick with no end of the chaos in sight. 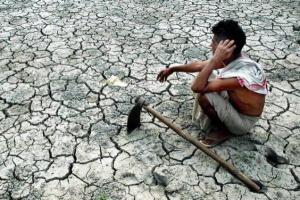 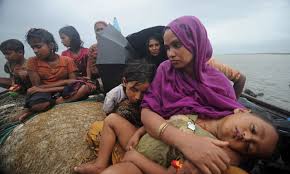 To say that all of this is overwhelming is an understatement. But I think what is perhaps worse than this is living in the heart of a culture where grief is ridiculed and that is defined by a collective disconnect from the unfolding reality of ecocide. The sham that is American democracy is also demoralizing, especially when given the current spectacle we are seeing in the Presidential election cycle. And with climate change appearing to accelerate, the prospect of living in a divisive, burgeoning police state is terrifying to say the least. Dying empires cast long shadows of cruel absurdity as they unravel. And if one lingers too long in its darkness the soul begins to wither and harden.

So I am declaring myself a climate migrant. But I am lucky. I do not have to clamber on to shoddy boats and risk drowning, or take a perilous journey on foot across a parched and dangerous land. I see what is ahead and I have the privilege of fleeing from a lot of it. This isn’t much consolation, though. Only a smug sociopath would get satisfaction with being right in this instance. For anyone with a conscience there is no joy in telling people “I told you so” when faced with their suffering and sorrow, even if you have been largely ignored or dismissed as over the top for years. Some can do this with ease. They can point jagged, scornful fingers at the smoker who is now dying from lung cancer, and feel somehow justified in doing so even as such callousness reduces their own humanity to ashes. I believe that the depth of ones character is measured in the compassion one has for other beings; and I haven’t shed near enough tears to measure up to the tremendous suffering of our planet and all of its inhabitants.

I hope that this move will at least demonstrate just how serious and dire I think things really are. Maybe it will cause some to sit up and pay attention. I realize that most people do not have the resources to take bold steps like this; and I am not attempting to cast myself as a martyr. I do not possess the spiritual credentials to warrant such a distinction anyway. But I think if more of us take steps, big or small, that shun mindless consumerism and recognize the urgent state we are all in, we may have a chance of building communities of compassionate souls who cherish each other and hold sacred this beautiful planet while we still have time left to do so.  I can only hope it will.

6 thoughts on “On Being a Climate Migrant”