The summer of 2016 has only just started but it is already shaping up to be one fraught with acts of terror, sheer violence, and bloody aggression. This is true in so many places around the world. But in the United States, a nation which arrogantly declares itself both indispensable to world peace and stability and exceptional in its character, it is especially glaring due to the utter hypocrisy on display.  In just the span of a couple months there have been mass shootings, heinous crimes and acts of blatant police brutality all with a backdrop of political rancor, corruption and unabashed saber rattling on the world stage. 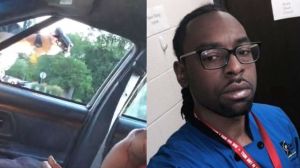 This should cause ordinary Americans to pause and reflect on what got us here. It should make us revile the powers that be who seek to boost their careers by instilling fear, racism and prejudice. It should make us insist on rational laws about guns and who should have access to them, and it should cause us to reject the militaristic aggression that defines ALL of our foreign policy. It should make us unite behind leaders who only reflect truthfulness, transparency and the will to lead the nation away from the old order of entrenched aristocratic privilege, militarism and merciless despotism. It should be a catalyst for societal change that tears away the ugly cloak of racism that shrouds every aspect of our culture, our institutions and our national persona. It should create a dialogue between people of conscience about our differences and our strengths and build a bridge that connects them. 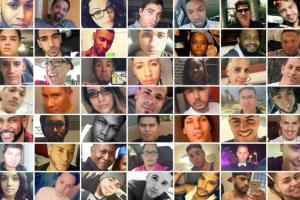 It is what I pray for but, sadly, not what I see happening. This is a broken nation slipping rapidly toward the maw of paranoid hatred and authoritarianism.  It is a society which still celebrates the myths of the “Wild West” ignoring its genocidal and dystopic realities.  It is a nation that delights in forgetting the crimes of its past and revels in creating false narratives that explain away its responsibilities today.  It is a culture corrupted by the cupidity of capitalism and the mindlessness of consumerism even while the ecosystems around it which support the madness of its addiction are withering into extinction.  It is a country not divided, but fractured into thousands of splinters held together, for now, with the most tenuous of threads. 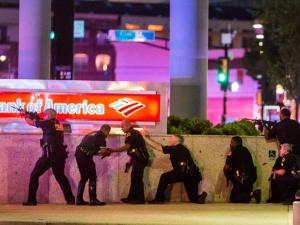 Some have said that America is in its “1934 moment” referring to Europe prior to the second World War.  This may be an over exaggeration since history does not repeat itself exactly, but it does reflect and rehash old forms more often than not.  And with the earth’s climate growing more chaotic and resources beginning to dwindle this is a recipe of the most horrifying kind.  I hope that this is not so, but hope can be a capricious ghost distracting us with empty platitudes and leading us down a path to dangerous inaction.  We need more than hope now.  We need courage and cooperation.  We need community building based on our relationship to the earth and social understanding that shuns the barriers that prevent dialogue.  And we need it fast, because the streets of summer are becoming hot with the anger of the disenfranchised and red with the blood of innocents; and the scheming wolf of fascism is an opportunist always lurking at America’s gates ready to pounce.