This past summer when I had a little time on my hands I decided to watch “The Hunger Games” again (yes, I watch and like certain movies out of pop culture and I am not ashamed to admit that).  Suzanne Collins did an amazing job at creating a mirror image of the real world we live in today.   But I think the most accurate is in her representation of the wealthy and vapid citizens of the Capitol of Panem.  To me, it appears to be a reflection of how out of touch the elites of the Liberal class are with the everyday plight of ordinary people.  Their place in a crumbling society does more to protect the excesses of the Oligarchy than champion the rights of the oppressed.   And it is their smug lack of self awareness that may very well do them in.  This is just an analysis, or an observation.  But before I go on I should clarify terms. 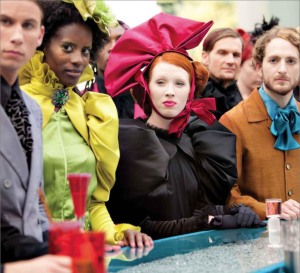 I distinguish the Liberal class from leftists in that the latter cannot, in good conscience, ever support the current corporate plutocracy, or its wars for capitalistic imperialism and wanton plunder of the planet for obscene materialistic profit.  And when I use the term Liberal class I am referring to that small group of pundits, celebrities, journalists, socialites, fashion and culture gurus and career politicians within the current order, not people who hold progressive values like women’s and LGBTQ rights or racial equality.   The Liberal class believes in these things also, or at least they say that they do.  But they are unwilling to do anything that would endanger the institutional structures of capitalism that are the primary engines of misogyny, homophobia and racism, because doing so would upend their privileged, elite status.

The Oligarchy is not too unlike that of any other era.  They possess tremendous power and own most of the planet’s material wealth. They are an untouchable class of wealth, albeit usually inherited or ill-gotten, who dominate the entire industrial capitalist scheme.  They are the .001% in a new Gilded Age and they tolerate and even mingle with the Liberal class only because they defend and promote the economic neoliberal order which fills their coffers.  Most revel in an inbred feeling of pseudo-supremacy, and many have a loathsome sociopathic quality to them.  Although they own most of the corporate media, silence is golden to them.   As in all things there are shades and nuances.  No one person is a clone of another.  But there are some things worth generalizing. 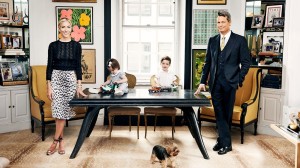 The Liberal class has had the luxury to decry injustice in American society (and the world for that matter) from afar, in plush salons, high end clubs and trendy cafes thanks to their defense of a system that allows for an Oligarchy and aggressive neo-imperialism.  Their answer to social injustice is generally rooted in tepid reforms that do little, or more often resembles a smug, dismissive ridicule common to satirists like Andy Borowitz (1) and narcissistic, billionaire celebrities like George Clooney.

To them protesting misogyny is pushing the agenda of a woman candidate who has shown a remarkable likeness to the late political dominatrix Margaret Thatcher, instead of expressing solidarity with women in Honduras, Haiti or Libya who are being murdered or prostituted as a result of this same powerful woman’s actions.   Protesting homophobia is supporting Caitlyn Jenner, an over paid, over publicized transgendered Republican, rather than whistleblower Chelsea Manning, who has been publicly ridiculed for her sexuality and is languishing in prison for exposing the war crimes of the Empire.  Protesting racism is celebrating the eight year term of the first Black President, even though he has drone bombed innocent civilians, mostly brown and black people afar, excused torturers and war criminals from the previous administration, increased the surveillance state, and prosecuted more whistleblowers (including the aforementioned Manning) than all US Presidents combined.

The third category I wanted to talk about was recently referred to by Hillary Clinton at a well heeled fundraising gala in New York when she labelled half of Trump supporters “a basket of deplorables.” (2)   This, of course, only deepened the divide even more so in the minds of common people in regions of sacrificed America as sociologist Arlie Russell Hochschild so eloquently explains.(3)  They already feel alienated and humiliated with few prospects for a brighter future, but they used this description as a badge of honor.  And although an ugly strain of racist fascism runs deep in a large section of Trump supporters, there are other factors at work that the Liberal class chooses to overlook.

When they are labeled like this, or see memes on social media insulting their intelligence they are more inclined to hate the Liberal class even more so, not alter their opinions and have a “come to Jesus” moment.  They may not be able to explain the source of their misery, but they live with the realities of economic neoliberalism, the most barbaric stage of capitalism, which the Liberal class has allowed by capitulating to the Oligarchs over and over.  And it isn’t only the white working class. When Black Lives Matter activists interrupted Hillary Clinton and Bernie Sanders speeches they were met with a barrage of vitriol and anger from a cadre of assorted Liberal elites chiding them for being rude (4).  How they compare protesting the modern day lynching of people of color to being ill-mannered to the powerful is a feat of obtuse absurdity.  But this is an illustration of just how disconnected they are to reality. 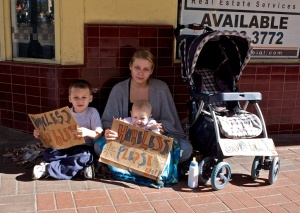 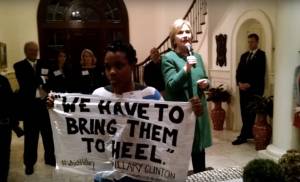 In his recent article “The Courtiers and the Tyrants”  veteran journalist and antiwar activist Chris Hedges explained how clueless the liberal class is when it comes to how many ordinary Americans actually see them:

“The Democratic and the professional elites are an easy and often amusing target. One could see them, in another era, prancing at a masked ball at Versailles on the eve of the revolution. They are oblivious to how hated they have become. They do not understand that when they lambast Donald Trump as a disgrace or a bigot they swell his support because they, not Trump, are seen by many Americans as the enemy. But these courtiers did not create the system. They sold themselves to it. And if Americans do not understand how we got here we are never going to find our way out.” (5)

If Hillary Clinton is anointed Empress of the American Empire the Liberal class will sigh in relief.  They can continue to shop at Barney’s, attend well heeled openings at the Guggenheim and complain in acceptable forums, financed by the Oligarchy, about injustice and civil rights. But they will be asked to do little more than this.  The institutions that make society livable and promising will continue to be steadily gutted, privatized and de-valued.   If Trump is somehow able to seize the throne they know their privilege will remain largely in tact, but they will not be so free to express their thoughts except in discretion at private cocktail parties.  Every last institution will be debased in such a way that they offer nothing to the enrichment of humanity, but merely serve as a brutal bulwark for the wealthy against the masses.  The Liberal class also knows how capricious authoritarians can be and that the silent Oligarchy will abandon them in a heartbeat at first sight of a brownshirt. 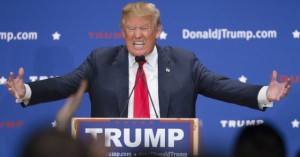 In Suzanne Collins “The Hunger Games” the citizens of the Capitol were completely out of touch with the suffering, brutality, poverty and repression of the other districts.  They lived comfortable, self-obsessed lives snug to the halls of power. They dined and vomited their meals like the ancient Romans did, so that they could keep feasting even while the masses starved. They were easily swayed by sentimentality and distraction. President Snow, the fictional tyrant of Panem, was far more refined and intelligent than the bombastic narcissist Trump, but his rival, President Coin, was no less ruthless and revealed a comparable penchant for blood lust and authoritarianism. 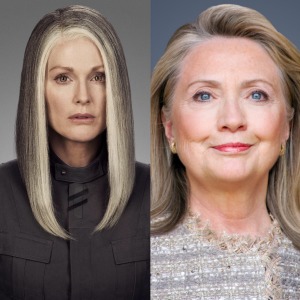 To be sure, one would be foolish to reduce current events to a dystopic, scifi novel (or a Hollywood movie) primarily written for teenagers.  And we would be doing a disservice if we ignored nuance and context. But we are at a deep moment in human history. The biosphere is teetering on the edge of collapse thanks to the excesses of the privileged few in the West.  The nuclear menace has never left us.  This is the kind of moment where factors may begin to converge and create the potential for a monumental shift in the dominant paradigm. But this can go either well or very, very badly.  The wave of justified animus toward the ruling establishment is growing in many communities across the nation, black, white and Native American.   But just as this rage could be channeled into progressive social and ecological transformation, it could also lead toward violent fascism.  And the recipe of that includes economic downturn, ecological devastation and social unrest.

As in fictional Panem, the Liberal class of the American Empire is out of touch to the everyday miseries of ordinary working people and prefer to smugly dismiss them as stupid or backward or simply misinformed, while defending the very institutions that contributed to the destruction of civic life and the commons in the first place.  It is unlikely they will wake up in time to avoid the coming fires of revolution. We can only hope that that “basket of deplorables” Hillary Clinton described will be more merciful than the Oligarchs the Liberals have defended all this time.  Speaking of them, they will likely fair better.  They will have slipped away silently into the night long before a single match is lit. 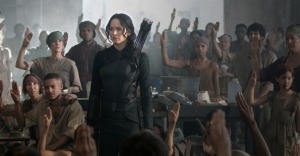