In case you missed it…

A hole the size of the Netherlands has opened in the middle of the Antarctic ice sheet. 40,000 penguins just perished of starvation on the same continent. And earlier this summer an iceberg weighing one trillion tons broke away adding more momentum to inevitable global sea level rise. 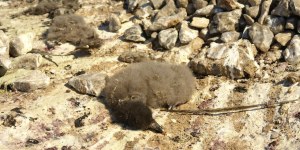 Floods have killed thousands and displaced many more over the summer and into autumn from China to India and Nepal to Southeast Asia to West Africa. Scores of people were killed and many still missing from fires that have scorched Northern California, Spain and Portugal. Three and a half million people in Puerto Rico are still in survival mode without drinking water or electricity weeks after Hurricane Irma made landfall. Parts of the Gulf Coast are a toxic soup of chemicals. The Amazon rain forest, the lungs of the planet, are belching out smoke as it reels from 208,278 fires this year alone. And Ophelia, the bizarre tenth hurricane turned mega storm of this record breaking season is battering Ireland. 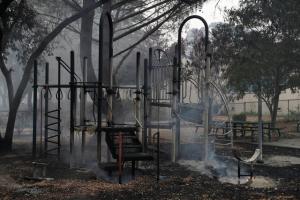 In geopolitical developments, the most powerful empire on the planet is being led by a narcissistic megalomaniac surrounded by war mongers, religious fanatics and disaster capitalists. He has been madly jostling the fragile chords that stabilize nations by threatening to annihilate 25 million people in a bath of fire and countless other souls in the region and around the world, while demanding a 10-fold increase to one of the most powerfully lethal nuclear arsenals on the planet. 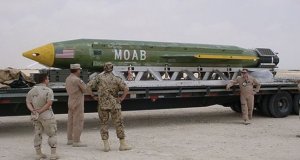 There is no reason to think Trump would not carry out his threats. After all, he dropped the “mother of all bombs” on Afghanistan and launched military strikes on Syria over dessert garnishing high praise from many in the corporate media and politicians from both sides of the aisle. And he will get little objection from establishment Democrats who are enthusiastic cheerleaders for US militarism and voted for the 700 billion dollar increase to the already bloated US military industrial complex. 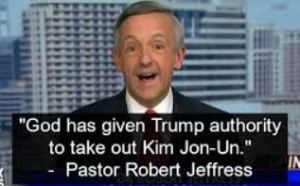 Despite all of this an eerily bizarre normalization of this descent into global chaos continues apace. The media seems to move on seamlessly from one disaster or scandal to the next. Politicians shift focus and manufacture new outrage. Meanwhile, the real existential crises drifting us ever closer to the collapse of human civilization within this century go largely unreported and vastly underestimated. We are living in an age of convergence where the consequences of decades of excess, greed, willful ignorance and dithering are finally reaching a climax. Where the chips fall in the coming years is anyone’s guess, but if we are honest we can get a pretty good picture of our current trajectory. 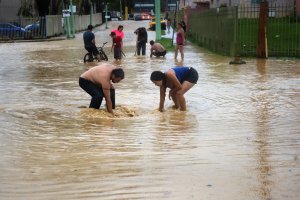 Looking honestly at our situation within a profoundly sick culture can often feel alienating. If we look around we may think we are seeing thousands of people simply going about their days as if nothing is wrong. This may be due in part to the normalcy bias which is defined as “a belief people enter when facing a disaster. It causes people to underestimate both the possibility of a disaster and its possible effects, because it causes people to have a bias to believe that things will always function the way things normally function.”  But this is also reinforced by a corporate culture in which distraction and denial are encouraged and celebrated as virtues. 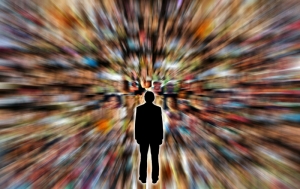 Conspicuous consumption is peddled as a remedy to all that ails our society. Some self medicate, some absorb themselves in the shallow, or the spectacle, or the salacious, or the vainglorious.  But still many more are simply too busy for long reflection, caring for children or sick or elderly loved ones at a time when social safety nets are being mercilessly slashed, or working 100 hours a week for a pittance just to make ends meet and struggle to pay off debts for simply living. But on some deep level I believe we all understand our dire predicament and that it will not simply get better or go away. 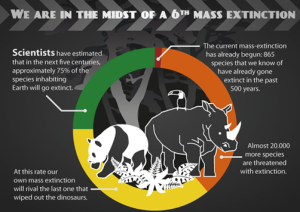 Each day the unraveling of the biosphere becomes more and more apparent. The illusion that we are separate from the natural world is beginning to shatter as the human generated Sixth Mass Extinction unfurls before our eyes in real time. But in this era of late stage capitalism and the prevalence of inverted totalitarianism the last thing we should expect is for the powers that be to make the bold changes necessary to stop the descent of civilization or even provide meaningful solutions or mitigation of the current and looming catastrophes. 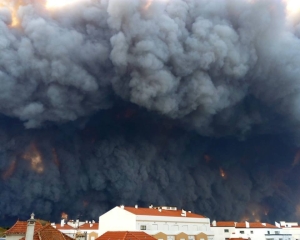 Given the graveness of the situation it is easy to feel a deep sense of powerlessness or even paralyzed. And it may not be exactly comforting, but we should not look at our unease as an unhealthy response to the existential crises of our times. Contrary to the prevailing mantra depression and anxiety should be expected as normal responses to what we face collectively, because our very DNA is threaded with this world’s rhythm. And without a doubt, that collective pulse appears to be quickening.

20 thoughts on “The Normalization of Perpetual Disaster”