What becomes of a man who started a war based upon lies that killed thousands, displaced millions, and destabilized an entire region, decimated civil liberties with sweeping powers granted to government surveillance agencies, instituted torture programs and rounded up scores of innocent people in secret raids sending them to wither away in a gulag in the Caribbean, left thousands of his citizens to languish in disease infested flood waters in the Gulf Coast following a major hurricane, gutted environmental regulations in favour of industry, and created the predatory and neoliberal economic conditions that led to the “Great Recession?” Apparently, if you are a former US President you get transfigured into saint.

Like a bad penny, this past year has seen the curious resurfacing of George W. Bush in public life. And in this absurd era of Trumpism he is being canonized by many top Democrats with several prominent Liberals following suit. It seems that over night a war criminal has been miraculously transformed into a lovable “senior statesman;” a granddad who paints delightful pictures and gives “inspiring” speeches against bigotry. Bush, like practically all of the ruling political class in Washington, should have been brought before the International Criminal Court in the Hague for his crimes against humanity and the living planet. But as a response to the mendacious, sexist, racist behaviour and policies of Donald Trump, and with the assistance of a corporate media which delights in collective, cultural amnesia, many establishment Liberals have been pining of late for the GWB presidency. 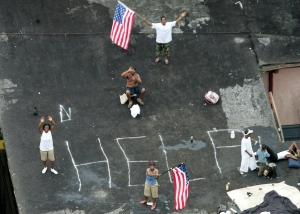 When one understands the machinations of American political power it isn’t all that strange. Most Democratic partisans did the same for the Obama administration which got a pass (and still does) for deporting more immigrants than the previous administration and prosecuting more whistleblowers than all US presidents combined. It is what they did when they overlooked, cheered on or forgave him and his Secretary of State, Hillary Clinton, for the decimation of Libya or dropping over 26,000 bombs in seven Muslim majority countries, or assassinating a 16 year old US citizen without due process, bombing wedding parties, ambulances and a grandmother picking okra in their field. It is not surprising, but it is no less repulsive and disheartening for anyone with any respect for civic or political memory.

Time has proven the only tactic of the wealthy Liberal establishment is minimal protest and major capitulation to reactionary power in order to preserve their position in the current order. It is why most serious socialists, anarchists, radicals and leftists refuse to be allies with them. They have all too often felt the sting of betrayal. Nancy Pelosi infamously said “we’re capitalists” when she smugly admonished a young progressive disillusioned with capitalism at a “town hall meeting.” And she was not kidding. The Democratic Party establishment has benefited from and supported Wall Street over and over again and it has always voted in favour of a bloated and aggressive military industrial complex.  They have done their part to sponge away the crimes of the capitalist class so long as their place, privilege and status in this sick societal paradigm had a remote chance of being secured. 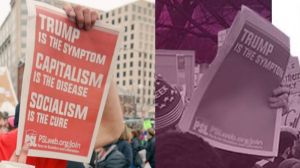 One can almost understand and predict this behaviour. Trump is a living dumpster fire of grotesque vulgarity who has ignited a bolder white nationalism and bamboozled many poor whites into thinking he cares about their problems. Despite being the ultimate plutocrat, he was able to get this lie across to many of them while the Democrats in all of their smugness ignored them. He is a master at manipulating their fears and bigotries and at muddying the waters of discourse. He employs scapegoating of minorities or oppressed groups with ease. And his foreign policy is so erratic and volatile that it causes even a seasoned intelligence officer to lose sleep at night thinking of him having access to the nuclear codes.

It is a dangerous delusion, however, to believe George W. Bush or any of the powerful elite, are any different from one another in the end. GWB’s persona might have had a makeover, but his class hasn’t. And Trump is the most accurate emblem of that class. Bush and Trump alike sit atop an extraordinarily cruel and oppressive power structure in American society. The moneyed class only hates Trump because he reveals the true face of predatory capitalism to the public without the cloak of their “blue blooded” pomp, flourishes and sentimentality. Of course he must be opposed, but this alone is meaningless unless the entire oppressive, self-destructive, planet decimating system, of which he and Bush both belong, is brought down with him. 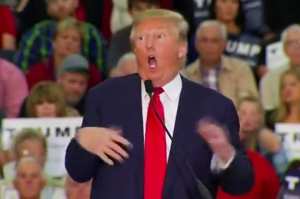 America may be the last, most powerfully lethal, empire on earth. Its wealthy elite have mastered the insidious art of inverted totalitarianism and ensconced corporate capitalism into every institution. What’s worse is that it has forcefully transported this malignancy around the world through the subversion of democracy, economic imperialism,and military aggression. On a planet with dwindling resources, a climate getting angrier by the day, and mass extinction of species its powerful operate within a global capitalist class who enjoy near total impunity for their crimes against humanity and the planet as they push us closer to the precipice of collapse.

Given all of this, going back in time may seem desirable for some. This is especially true for those who were not adversely affected by the egregious or even murderous policies, plunder and wars of the past. But it is only the privileged who can entertain such flights of fancy. To cozy up to power or erase their crimes is to become allies with the very forces that threaten our collective doom. The current order is one which is poised to destroy not just civilization but the entire biosphere.  Rapid, monumental action is required to halt a system which is leading us to certain ruin, and address and mitigate the chaos of an unfolding dystopic present and future. In politics, this is not the time to protect a murderous status quo or preserve one’s own privilege within it. This is an existential crisis which requires a global revolution in thought and practice. Nothing less will do.
I can only hope most liberals will learn this painful lesson soon, while there is still time left to do so.
Kenn Orphan  2017