It’s inspiring to see so many young people in the United States rise to action against gun violence, especially in response to the mass shooting phenomenon which has dominated news cycles and the American psyche itself. But unless the link is made to militarism, police brutality, ecological destruction, economic disenfranchisement and state violence it will be reduced to mere spectacle and cynically used by the Democratic Party, that infamous graveyard of social movements, for political advancement.
The so-called “March for Our Lives” was emblematic of this. Held on a weekend, permits were easily granted. The corporate media portrayed it favorably. There were celebrities, pundits and political hacks galore. There were no major police incidents. And nothing was disrupted politically, economically or socially. Essentially, it was a state sanctioned “day of rage” which did not upend anything nor have any consequential effect on the underlying societal inequities or maladies that create a violent society in the first place. 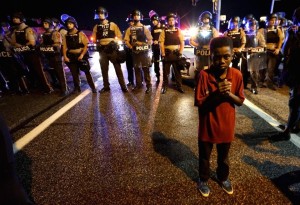 Compare this weekend’s events to the reaction of the state to Black Lives Matter rallies, the Occupy Movement or Standing Rock Sioux and you get a clear picture of which movements are allowable or even smiled upon and which ones they will brutally crush. The Democrats showed little interest in those latter movements because they represented a real threat to the repressive capitalist, ecologically devastating and thoroughly racist status quo of which they are a part.
And then there is the privilege. The very name “March For Our Lives” reflects a kind of cooptation in relation to Black Lives Matter, and this is especially troubling since most of the participants have been largely from the white petit bourgeois (middle class). Similar comparisons can be made to the #metoo movement because although it was founded by a Black woman (Tarana Burke), it was co-opted by a white celebrity (Alyssa Milano) and gained steam via an exposé on the powerful producer Harvey Weinstein. And thus far it has shown few, demonstrable, real life benefits for working class women of colour because the systems of class exploitation persist undisturbed and unabated. 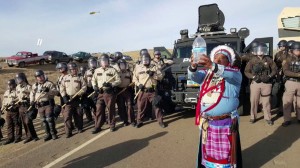 But highly organized and moneyed events like the one this past weekend are not really meant to effect change. They take place only within the confines of acceptable dissent, rattling few cages and causing no one (especially the wealthy and powerful elite) too much inconvenience. And they often mask more nefarious and insidious motives of the state for increased control and the suppression of actual dissent.  For instance, the main focus of animus at this weekend’s march was the National Rifle Association, arguably a lobby group that actively defends white nationalist terror. But nothing was uttered about Grumman Northrup, or Lockheed Martin, or Halliburton, or the Pentagon, or the Department of Defense, or the police for that matter, all of which cause substantially more deaths globally. And this is by design. These “movements” generally act as a valve to let off steam; and the action they call for all too often come in the form of draconian legalism, surveillance and authoritarian overreach. 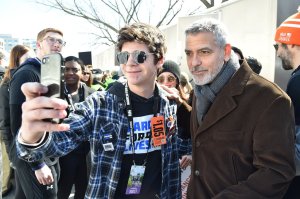 Indeed, the US has always been supremely authoritarian but it is rapidly slipping into outright fascism with each passing day. Military analysts and generals are running the show behind the scenes of the narcissist in the Oval Office and are salivating at the next geopolitical assault (see quagmire) be it against Iran, North Korea, Venezuela or even Russia or China, all while a complex police state has been meticulously constructed domestically.

It is an empire where the ruling class create a narrative to serve the purpose of maintaining their power while they continue to hack through what is left of the rag we call a social safety net and fill their already bloated private coffers with stolen public coin. And it enforces it all through coercion, intimidation, marginalization and violence, both at home and abroad. This is why social movements cannot have real success if they are largely generated and sustained by members of the elite or the establishment.  They serve only as an illusion of agency, not true power; and often end with more terrifying results. 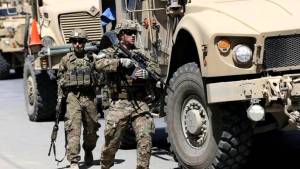 It is my sincere hope that many of the young people rising up today make this crucial connection and the #NeverAgain movement will grow to encompass US militarism, the prison/surveillance/police industrial complex and systemic economic inequality, because the failure to do so will only speed them toward an even more terrifying totalitarianism within a deeply unequal and warrior society neutered of its political agency and chomping at the bit for more war and a militarized world. But they will need to do this quickly. This isn’t simply a march for their lives; it is a stampede against time for us all.