Recently, I had an interesting (see disturbing) back and forth with a self-described Stalinist who told me that if it were up to him I would be “sent to the gulag” for my “bourgeois brand of Trotseyist socialism.”  I had a hearty laugh at the time, but he wasn’t kidding.  Later I thought about the historic, real world implications of that comment.  After all, is a gulag any different than a concentration camp? And is it somehow okay or even funny to suggest sending a human being you dislike or disagree with to a warehouse of misery, torture and death?  Apparently, in the minds of many ideologues, it is. 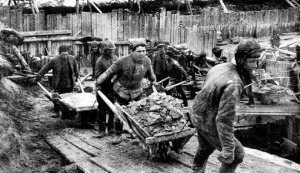 This person represents a certain mindset.  Despite his protestations, when it came down to tactics and ultimate goals he bore very little discernible difference from a Nazi or a fascist.  In fact the course of our “discussion” took on the same tone.  Given the current social and political climate I do not think it is hyperbolic to be concerned by this attitude.   And the previous century is certainly a cautionary tale on the dangers inherent to purist ideas and “isms.”

Human history has been drenched in oceans of blood shed for the sake of purist dogma and buried under mountains of corpses for the supposed righteousness of an idea.  All manner of atrocities have been justified and, in many cases, celebrated for the sake of religious beliefs, “national security interests,” greed and material profit, to “protect” the public or society from a perceived menace, or for political ideologies which purport to be the answer to all our problems. 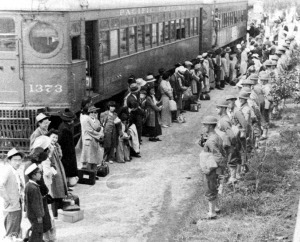 Being a human being in community, however, is a messy business.  It requires patience, a willingness to listen, and the arduous bridge building work of solidarity.  But the fervid ideologue cannot countenance such disarray, at least not for very long.  To them it is not about cooperation, movement building, or respecting the inherent worth of all human beings.  It is about achieving an end.  And, ultimately, about control and power.

We are entering a troubled age of rapidly dwindling resources, chaotic and catastrophic weather, and an imperiled biosphere coupled with seemingly perpetual militaristic aggression, corporate greed and a growing global police state.  Now more than ever we need radical ideas and a massive paradigm shift in the way we see the world and live in it.  But this makes the discomfort of fanatics even more troubling.  It isn’t simply these monumental challenges we all face or the change that is needed that bothers them, but the flawed, fragile and tangled nature of being human itself.  As a result they are often drawn toward despots and their savage solutions.

But a dire warning to all who encounter or who may be swayed by such zealots:  Be cautious of the utopia they promise.  Because it may very well be built upon a mass grave that will one day contain your bones.

Title painting is by Ukrainian artist Nikolai Getman who survived one of the USSR’s gulags thanks to his talent at illustration.