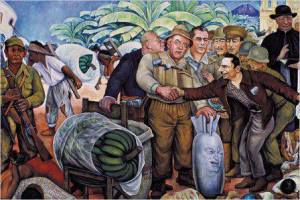 One of the most persistent myths of the American empire has been, and continues to be, exceptionalism.  It is a belief rooted in white supremacy that allowed the European colonizers to ethnically cleanse much of the continent’s indigenous population; and to justify building its infrastructure and economies from the forced labor of African slaves, migrant workers from Asia and Irish indentured servants.  This eventually led beyond the borders of America to the occupation and forced annexation of the sovereign nation of Hawaii with the imprisonment of their Queen, and the colonial subjugation of the Philippines, and the domination of virtually all of  Central America and the Caribbean .  Almost all of the United States’ national history, roughly 210 out of 236 years, has been involved in some military conflict.  This history is more important today than ever before, because the empire never ceased expanding; and its rapacious consumption and aggressive militarism imperils virtually all life on the planet.

The reach of the American empire is now in over 148 countries around the planet, with over 600 military bases and covert, “black sites” and military support of some of the most brutal regimes humanity has ever known. From the wholesale bombing of Laos decades ago to the indiscriminate drone strikes in Yemen, Somalia and Syria, American imperialism has barely taken a breath between its expansionist exercises. Branded under ambiguously noble terms like “humanitarian intervention” or “the War on Terror” or “protecting US interests,” the persistent doctrine of imperialism for the maximization of capitalistic profit is marketed and sold to the American public. 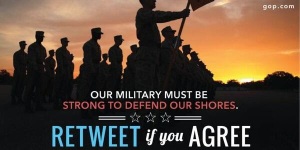 It is unsurprising that most Americans are glaringly ignorant of this history.  That is by design.  And despite the revelations of the empire’s malfeasance by courageous whistle blowers like Daniel Ellsberg, Chelsea Manning and Edward Snowden, many Americans still remain trapped in a mindset that begets a ruling elite and allows for their continual exploitation and plunder.  Now this wealthy power class, aided by the world’s biggest military,  is fatally drunk on their own hubris, collecting untold fortunes from the rape of the natural world, the theft of indigenous resources, and the global suppression of dissent.  Their crimes are whitewashed with the eager help of the corporate owned media; and they do this with impunity thanks to the institutions that they bought and paid for, openly and secretly, at lavish, well heeled fundraisers, exclusive, high end dinner events, and back room “trade deals.”

The ghosts of America’s global massacres still roam. They have no glorious tombs in which to repose. No wreath clad monuments grace their dusty graves. Their ends were met in the killing fields of Honduras, and Guatemala, and Palestine, and Iraq, and Yemen, and Laos, and Vietnam, and Indonesia from a brutality paid for in full by the US taxpayer. Their ghosts haunt any prospect of fairness and justice in imperialism’s latest manifestation of barbarity: neoliberal capitalism.  And their descendants, those who slave at sweatshops in Bangladesh for multinational clothing corporations, or who pick pesticide-laden vegetables in fields in Nicaragua for Big Agra, or are kept from leaping to their deaths in slave towers that furnish computer software giants their products, call out the hypocrisy of “free trade” for the malevolent lie that it is.

With each passing year it becomes clearer that the strife wrought around the globe, decade upon decade, by the robber barons and plutocrats is returning to heart of the empire itself.   It is the natural outcome and saga of oligarchy that the tyranny we sow abroad will be the tyranny we shall reap at home.  And with climate change accelerating and species extinction exploding before our eyes, the end result will be nothing less than terrifying.

But we are still fortunate to have access to the people’s record. Despite their chains or the dank prison cells they have been assigned to, people around the world are rising up. Their struggle to confront the demons of the past and the story of their enslavement is frightening beyond anything else to the oligarchy.  And that is why they are fighting back like never before, codifying their tyranny brick by brick into the bedrock of society with the help of a subservient mainstream media. In many cases they appear to be winning; but it isn’t over yet.

True hope lies in defiance of tyranny and brutality.  And it is measured in the depths of our capacity to speak out and to care. There is not always a happy outcome to this, but that is not what hope is really about anyway.  It could be said that the pages of human history are drenched in the blood of innocents and bound up with their bones, but understanding it as such pays no respect to the untold courage of those who stood up, often shaken and terrified, who refused to be a part of the killing and often ended in the shadows of a mass grave for doing so, those who nurtured the core that gives a human life meaning and worth. Their legacy is one which history will ultimately remember. Despite the tremendous drive to silence them, their story is in all of us; and there is nothing anyone can do to sponge that away.

-Photo on top is courtesy of Art Archive and is “Glorious Victory,” by Diego Rivera. It depicts the 1954 CIA coup against the democratically elected government of Guatemala.

-Photo of Queen Liliʻuokalani (September 2, 1838 – November 11, 1917) the last reigning monarch of the Kingdom of Hawaii.  She was deposed from the throne January 17, 1893 following a coup d’état orchestrated by US military forces (Marines) at the behest of powerful US and European business interests.  The wealthy white class of Hawaii had long awaited the opportunity to seize control of the government and with the help of an all white militia, the Honolulu Rifles, they were able to establish a provisional government which eventually led to the annexation of the Kingdom into the United States of America.  It is widely seen as one of the most blatant acts of American imperialist aggression of the 19th century with repercussions lasting till this day.  On November 23, 1993 President Clinton signed the Apology Resolution which “acknowledges that the overthrow of the Kingdom of Hawaii occurred with the active participation of agents and citizens of the United States and further acknowledges that the Native Hawaiian people never directly relinquished to the United States their claims to their inherent sovereignty as a people over their national lands, either through the Kingdom of Hawaii or through a plebiscite or referendum” (U.S. Public Law 103-150 (107 Stat. 1510), but does little more than provide a weak nod to an outright overthrow.

-A heart wrenching photo of Vietnamese women and children in abject terror at Mỹ Lai just before being mercilessly killed by US troops, 16 March, 1968.  Photo: Ronald L. Haeberle.

-Mass protest against austerity, neoliberalism and US imperialism in the Philippines.  Photo by Bullit Marquez/AP