In the short time since US President Donald Trump announced his plans to move the US embassy in Israel to Jerusalem, Israel has killed several unarmed Palestinians, including an old woman in the West Bank who suffered a fatal heart attack after the Israeli army lobbed a stun grenade into her home, and a disabled man in Gaza who had already lost both his legs and a kidney from Israel’s carpet bombing assault on the Strip a few years prior. Israeli forces have also injured scores more, including a 15 year old boy who is still in a coma after an Israeli soldier fired a rubber bullet at his face at point blank range. And thousands have been arrested or detained, including many children. Two of those are Ahed Tamimi and her mother Nariman Tamimi, after a viral video showed brave Ahed ejecting Israeli soldiers from their home in Nabi Saleh. 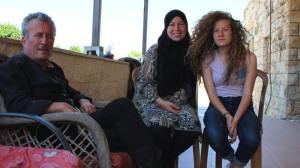 Ahed gained the world’s attention for video a few years ago which showed her courageously defending her 12 year old brother from a soldier who was brutally choking and beating him. A few years ago I had the honour of meeting Ahed’s father Bassem at a solidarity event in California. He was warm and kind, but his steadfast commitment to justice was passionately resolved. It was apparent that he and his wife imparted that integrity to their children. 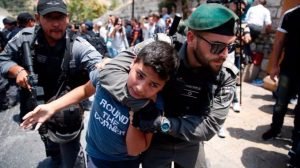 The misery over the past few days has exposed many to the daily realities Palestinians face. But the US corporate media still obscures or omits the facts on the ground. So it’s time to clear a few things up.
First of all this is not a conflict between two nations as is so often portrayed. It is the result of decades of oppression of an entire group of people by a state actor, namely Israel. The Palestinian Authority is little more than an apparatus of the occupation, and essentially does its bidding. Israel is the only state here and it possesses an army, navy and air force. The Palestinians do not. Israel has nuclear weapons and military aid from the most powerful nation on earth. The Palestinians do not. It enjoys full diplomatic, economic and military support from many nations around the world, including the most powerful empire in human history, the United States. The Palestinians do not. 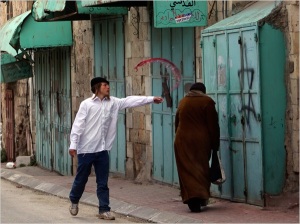 Israel has blockaded Gaza since 2007, subjecting nearly 2 million people to intolerable conditions that amount to collective punishment. In fact, the entire strip may be uninhabitable by 2020 according to the UN. Israel has carved up the occupied West Bank into administrative zones that allow for military exercises and settler expansion for Jewish-only communities, and has built a wall of separation that limits Palestinian access to their jobs, farmland, medical facilities and schools. 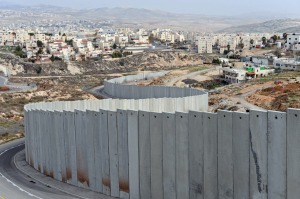 Millions of people in the occupied West Bank live under military rule while settlers (illegal under international law) enjoy full rights and protections as citizens of Israel. This is how the Israeli army can swoop into neighbourhoods like Nabi Saleh and arrest anyone they please, including scores of children, some as young as 8 years old, who are whisked away in the night and taken to undisclosed locations. And they have done this for years with impunity. 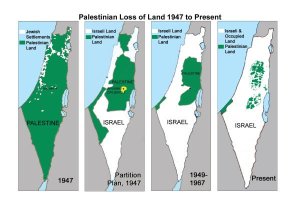 The US media often conflates criticism of Israel with antisemitism. Israel was built on the ideology of Zionism which is not the same as Judaism, although many prominent Zionists would love for people to think so. Judaism is an ethnic/religious identity with a rich tradition and culture that goes back millenia and spans dozens of societies, from Russia to Iran to Europe and the Americas. Zionism is a nationalistic, political ideology that emerged from anti-Jewish persecution in Europe and yet was fashioned after European colonialism itself. 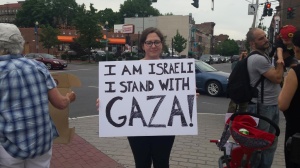 Of course there are some who employ the use of antisemitic language in their criticism of the Israeli regime. This is intolerable. These individuals or groups have their own agenda, but Palestinian solidarity is not one of them. They choose to ignore or downplay the many Jewish and Israeli human rights groups who share similar ideals in their support of Palestinian rights and self-determination, including Holocaust survivors and organizations like Jewish Voice for Peace, B’Tselem, Breaking the Silence and Rabbis for Human Rights, among many others. 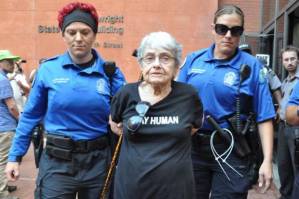 Trump’s bumbling concession to his conservative religious base has unwittingly ripped the veil from the farce of the “peace process.” It has demonstrated that the US cannot arbitrate negotiations. Truthfully, it has never even tried. After all, the Israeli settler-colonial model mirrors the American one; and it provides the Empire a foothold in the Middle-East which it will not relinquish easily. But with this illusion shattered, perhaps an opportunity emerges. One that can bridge like movements around the world.
Oppression cannot last forever. Those who think so ignore the weight of history. But solidarity with the oppressed is not taking the side of one ethnic, religious or racial group over another either. It is taking the side of justice and universal human rights against racism, tyranny and state violence. It is standing with the powerless against the powerful. And in this troubled time for the besieged, living earth and all of humanity, it is an opportunity we dare not miss.
Kenn Orphan  2017

1 thought on “The Opportunity We Dare Not Miss”