When our ancestors were hiding in the trees from predators the connections they had to each other were indispensable. They accounted for their ability to survive and eventually climb down to the earth. As time progressed this connection evolved into a great awakening of consciousness. They began to understand each other as more than the sum of their parts.  A complex society developed out of our cooperation, ingenuity and shared empathy for one another.  Eventually the commons, a place for the entire community to come together, was celebrated as essential.  It was never perfect or a place devoid of cruelty, aggression or intrigue. But here our demons were dealt with in the open, and the natural world was revered and cherished as the source of all life.  The concept of ownership was unknown.  Resources such as water and land provided for everyone.   And our ancestors, for the most part, maintained this era for eons. 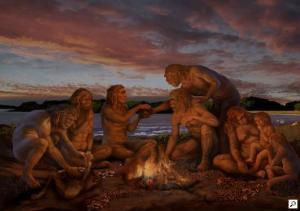 As civilization evolved so did the complexities of our relationships with each other and with the world we live in.  Most hunter-gatherer societies became agrarian.  Hierarchical forms of governance developed and eventually imperialism commenced.  Throughout this long period of human history kingdoms rose and fell, disease and famine were rampant, one people plundered another for resources and religion, and most of the world remained unmolested, wild and vast.  Human society continued to, more or less, evolve; and despite some rather major set backs, scientific discovery gradually became accepted.  Then came the discovery of fossil fuels.  This is when civilization took a giant leap ahead, and the commons began their death spiral. 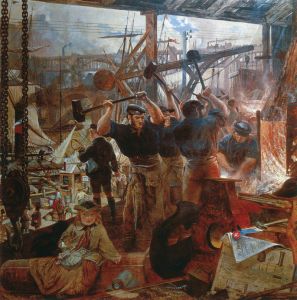 Powerful merchants and nobles in Europe and North America learned fast that they could amass enormous wealth through industrialization with the use of these new fuels.  This led to a rise in the standard of living for many who languished under feudalism, but it also allowed for the powerful to impose new forms of exploitation and abuse.  While famine and disease were reduced, global population exploded; and widespread pollution of the environment and the decimation of forests and wild lands burgeoned.   By the mid-twentieth century, following a world war that killed over 60 million people, most of the remaining commons began to be dismantled to make way for a consumer driven, assembly line society. 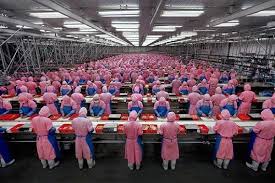 The materialism and convenience this offered evolved into a global machine of corporatism whose appetites have become insatiable.  But, in spite of all this, a piece of the enlightened dawning in our evolution as a species has been retained. Many still stand in wonder at the natural world and grieve at its demise.  Most feel empathy for the suffering of others.  And despite being immersed in a sea of mindless consumerism, human beings still yearn for a connection we once knew before materialism became the dominant force of our day.

The emergence of the social media at the beginning of this century signifies a collective longing for the commons of old. It has also been a powerful tool for dissent and activism; and has been instrumental in organizing protests against tyranny around the world. But in this medium individuals are easily categorized into camps or groups. It has made advertising far simpler and made corporations far richer. And it has forged a new era of social control and authoritarianism that emanates from the mentality of the mob.  The vacuous, soul sucking maw of commercialism stalks every page. It offers us agency, while it robs us of one of the most precious liberties we have, our privacy. 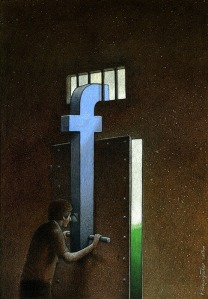 In this age privacy is often looked at as a quaint vestige of a bygone era. Yet with its disintegration, the very essence of democracy is assaulted. The private is a sacred space in which to contemplate issues and construct critical thought before returning to the commons. But social media entices people to give this space up and turn over every piece of information. It is a place that has been created by corporate interests and informed by the surveillance state. And while its secrets are sacrosanct, the individual is expected to bare all lest they be suspected of a misdeed.

Social media is not going to go away as long as industrial civilization is around. And its algorithmic hypnotism, that undoubtedly creates new pathways in the brain for dopamine induced pleasure, will continue to hold most of us under its spell.  But its days, too, are numbered.  Without the machine of industrial society, social media cannot exist. It is dependent on mines in Africa and petrochemicals that are accelerating climate change. Those who place complete faith in technology do not pay attention to the enormous cost that is exacted from the planet or the billions of people who are mercilessly exploited to make all of this “first world” technology possible. They choose to ignore the mass extinction of species, the dying, acidified oceans, the super heated atmosphere, or the tens of thousands of people fleeing for their lives from these ravaged regions. 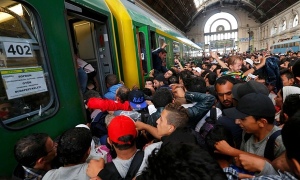 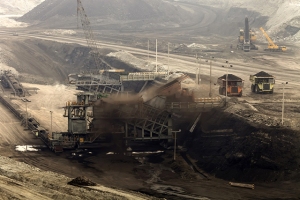 There are those that say; “the same thing was said about television; but the world didn’t end.” I contend that television did, in fact, end the world as we knew it.  It, too, promised a deeper connection to each other and a better life.  And it, too, provided a medium for authoritarianism. The corporate state was nourished by television, and it still dominates it like a plague.  It, like the social media, influences our perception of the world and of ourselves. It sold us cigarettes, vanity and war; and in the process the commons, a place for all, was privatized and sold to the highest bidder.

In the days to come the social media, like television, will increasingly be used by the powerful for social control and disseminating propaganda for the corporate state.  It has been, and will continue to be, a means of surveillance of those who dissent.  And it will justify every brutality of a ruthless police state.  The death machine of endless consumption will be celebrated on it until the last forest is felled and the last fish is taken from a dying sea.

But as industrial civilization draws closer to its end from the ravages of climate change, perpetual war and mass species extinction, the social media is the only thing modern society has left that even remotely resembles the commons of antiquity.   It can be used by the powerful to nourish havoc, but it can also provide a space for the rest of us to make sense out of senselessness, and share our collective grief.  Sadly, unlike those days of old, we may not have any trees to ascend back to when the earth has finally had enough of our pillage, and all that humanity has built crumbles to dust.  But in the meantime we have within us a heritage that is deeper and richer than the emptiness of mindless consumption; our shared humanity. 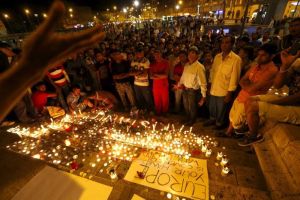